InterHeat’s infrared bulbs are incomparable with her competitors whose products have suffered many known problems such as loose base, short life, unconcentrated heat radiation, etc.
Since her market debut in 1996, InterHeat has satisfied her pig farm customers by providing solutions for these common issues and has been leading the market as a dominant player.
Now, let us explain strengths of InterHeat products with more details.

Why does InterHeat Infrared Lamp have a long life?

The short life of existing Infrared Lamps, which is less than a month in the continuous lighting, is due to the problem that the lamps cannot resist their own heat. However, the products of InterHeat are manufactured based on the heat-resistant structural technology. The life of InterHeat Infrared Lamps is same as the life of the filament. They last more than 6 months in the continuous lighting unless there is glass bulb damage due to external impact. 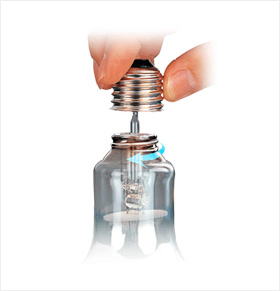 Since existing Infrared Lamps emit insufficient heat, piglets do not feel warm even under the Infrared Lamps and sometimes climb onto others’ back instinctively trying to get closer to the lamps. This may bring physical impact to the lamps and often cause damage to the lamps. Other manufacturers know that the heat is sufficiently concentrated in the center if the filament is located in the optimum light center. But they only try to locate the filament as far as possible from light center due to the concern about the problem of short life.

The experiment result of temperature increase of inorganic sample

[Graph 1] is the measurement result of the temperature increase for each light source when the radiant heat is irradiated on the surface of the artificial textile for 30 minutes from the 50 cm distance directly underneath.

The temperature increase result on the outer layer of the pork

[Graph 2] is the measurement result of the temperature increase for 30 minutes on the outer layer of the pork having skin-fat-lean meat located in the center at 50 cm distance directly underneath.

Experiment result of temperature increase on the subcutaneous area of pork

The PAR Lamps used for long among the pig raising market in Europe and USA have been getting good response thanks to the thick glass made with compression method and the comparatively longer life than other company’s R125(R40) lamp. But they still have various quality problems.

It cannot guarantee the long life due to the high heat filled inside of the lamp since the heat cannot be discharged easily due to the thick glass of the PAR Lamp. 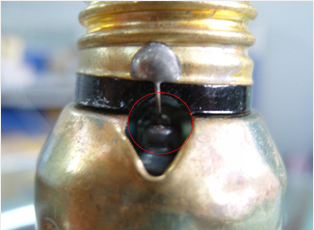 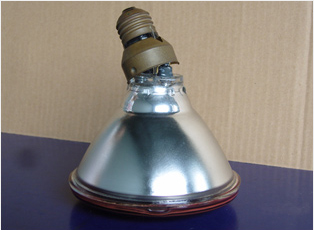 The base of PAR Lamp is fixed to the glass punched into the hole of the cylindrical area of glass not to be moved after it is inserted into the cylindrical area of glass vertically. It is tightly inserted at first, but becomes loose when the light is continuously on because the thermal coefficient of it is bigger than the glass. So the base can easily drop from the glass by light touch of piglets. This causes a lot of complaints from the pig farms.

Change of the manufacturing process

There is no way to improve the unstable quality of the existing PAR Lamp as long as it adopts lead-in wire welding method. Accordingly, InterHeat developed a totally different manufacturing process, naming it 3G PAR Lamp, and removed all the outside causes of the short life. In addition, it is an epoch-making paradigm shift not to use the troublesome E27 2 level base, but to use the common E27 base.

Existing PAR Lamp cannot provide proper circumstance to have long life because it has too small internal volume compared to the high heat. InterHeat expanded the volume to the maximum limit proper to the international standard and provided proper environment for the long life of filament.

Solved the problem of Loose-base

The problem of Loose-base is fundamentally solved by making the glass of the PAR Lamp in the screw shape. InterHeat is the only brand that has solved Loose-base problem of PAR lamp.

The problems of existing Lamp Protector 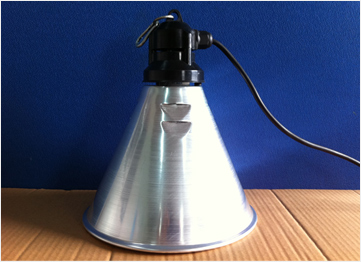 Lamp Protector is the device to use Infrared Lamp and is exposing many problems due to the high heat from the Infrared Lamp. Therefore existing Lamp Protector manufacturers punch holes on the protector and make some space between the protector and socket to discharge the high heat directly delivered from the lamp base to the socket of the protector and expect natural discharging of the heat. But in fact, the heat is not discharged and still remains around the socket. This heat causes many problems such as making wire connection area very hot and making the plastic part of socket melted and mixed with the dust and moist environment of the pig farms. And the moisture permeated through the holes and space made on the protector under water cleaning and may cause fatal problem at the wire connection area. 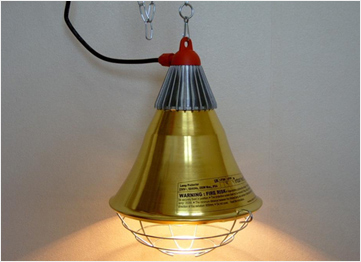 The problem of existing Lamp Protector is that it cannot radiate the high heat from the Infrared Lamp to the outside.

InterHeat solved this problem perfectly and reduced the temperature of rear area of the socket from 152°c to 100°c in lighting 250W lamp by adopting a radiator. In addition, the protector can be perfectly water-proof by removing the holes on the protector and space between the protector and socket. So you can clean the pig farms with water without worry.

Our Lamp Protector is proved to be safe product by German VDE, US/Canadian CUL and European CE certificate for this feature in accordance with International standard  IEC60335-1 and IEC60335-2-71. 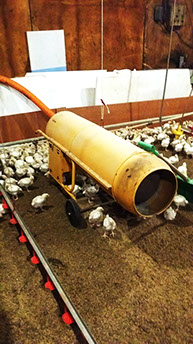 2. Lack of oxygen due to use of air heater → Need for frequent ventilation → Energy loss

3. Variation of temperature in the chicken house since traditional heaters cannot
—radiate or distribute heat evenly

4. Increase stress of chicken due to noise of conventional air heater 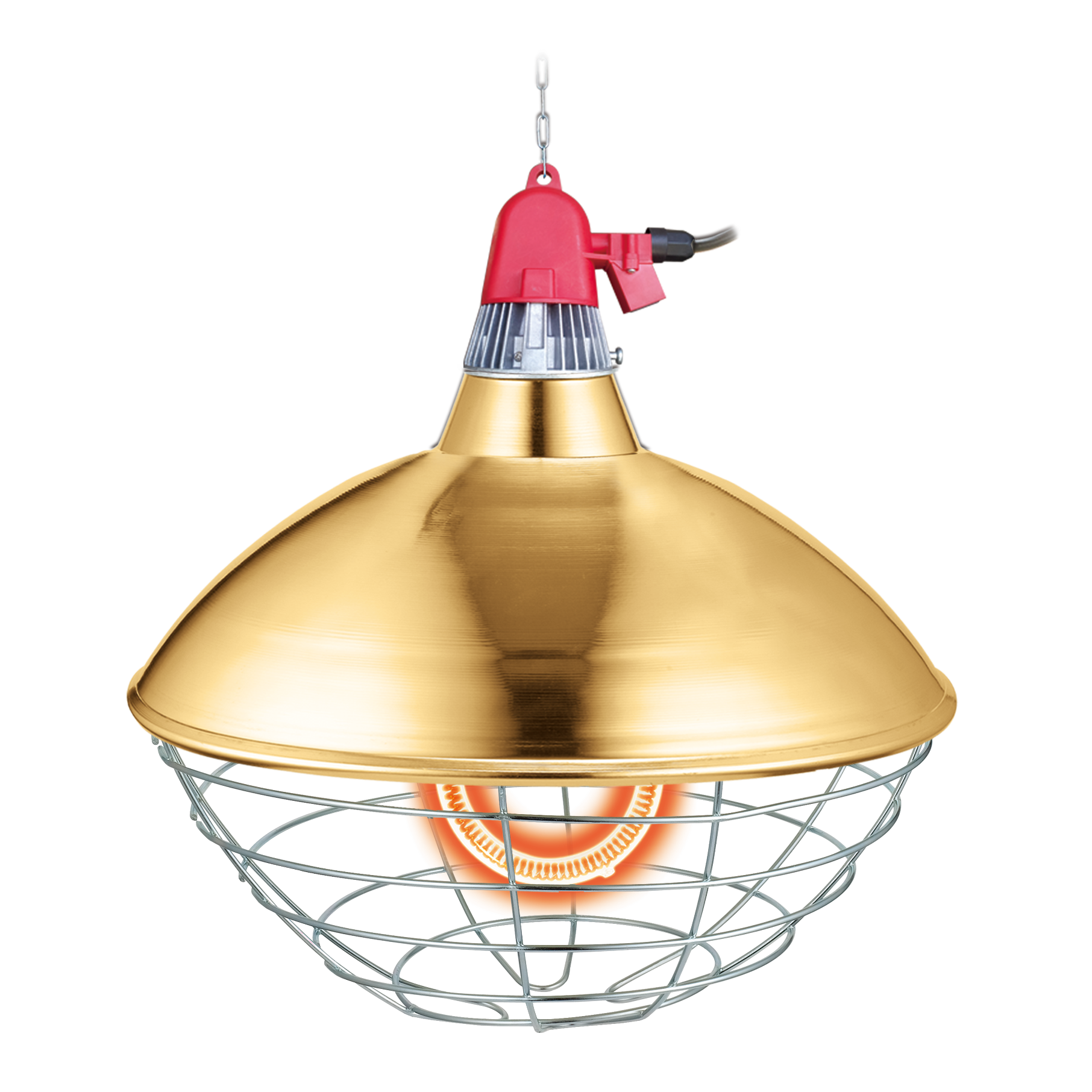 2. No lack of oxygen as Carbon Fiber Heater runs by electricity

—→ No need for fresh but cold air from outside → Save energy

5. Immediate heating → No need to preheat → Save energy

10. No worry about leakage of gas (or oil) or explosion → Higher safety

WHAT IS INFRARED RAY?

The physical meaning of the light 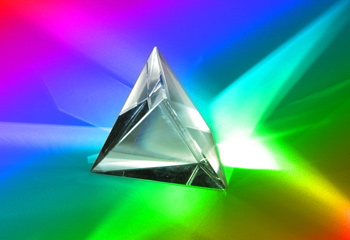 The light which affects human life closely is a kind of energy which is formed as electromagnetic wave and particles. And infrared rays which have longer wavelength and ultraviolet rays which have shorter wavelength as well as the visible light are included in the energy emitted from the natural light and artificial light source. Light is physically one part of energy delivered as a form of electromagnetic wave or particles. But it is a sense to be perceived to the brain, changed into physiological energy by the human eyes.

Infrared rays became known to us by the British astronomer, F.W. Herschel, who is from Germany in 1800. Herschel measured temperature of colors separated from the spectrum, and found out by chance that the temperature in the invisible light area increased. This was the first experiment to find out that the heat was transferred as a form of invisible light. The infrared rays of longer wavelength than 780㎚ and shorter than microwave do not produce sense of light at the eyes, but have the effect of heating. So it can dry or heat things.

Body is mostly composed of water and protein, and among these, about 75% is water. When the vibration wavelength range of molecular motion of organic compound which composes water or protein is same as the wavelength of the irradiated far-infrared rays, body becomes activated. The absorption spectrum of organic compound is integrated in the wavelength of 6㎛∼14㎛. Far-infrared rays are absorbed and penetrated into the body by its unique penetration capability, make self-heating and bring warming and perspiration effects. With these effects, it improves regeneration capability of body tissues, promotes growth and makes vital health condition through its effects of expanding the micro-vessel, activating the tissues, promoting metabolism and discharging the bodily waste and harmful metals. In addition, far-infrared rays remove nasty smell by neutralizing the positive ion which is the main cause of the nasty smell because they can transform the air into the negativeion.

03. Ripening and Promotion of Growth

Ripening means the status having a special flavor through the decomposition of protein, fat and carbohydrate without rot by the effect of enzyme and microorganism. Irradiation of far-infrared rays makes multiplication of bacillus active and activates the bacillus itself in the vinegar. In addition, enzyme and lactobacillus are matured through various enzymatic reactions in the soy bean sauce. Like these, far-infrared rays promote ripening due to the increased hydration ability by activating the water. For example, it takes 2 months to mature the fruit wine in the natural condition, but takes only 1 day by irradiating far-infrared rays.

Far-infrared rays have strong penetration ability. They penetrate deep into the substances, make heat by themselves and heat the inside evenly. So they can heat paint, food and body effectively, and thus, the heating by far-infrared rays is more economical than the heating by gas and others. Especially, they promote appetite increase and growth and reinforce the immunity in raising animals like pigs. In addition, they keep the farms clean and sanitary by drying straws. They increase the economic feasibility by reducing the loss in the raising because the piglets do not gather together due to the lack of heat.